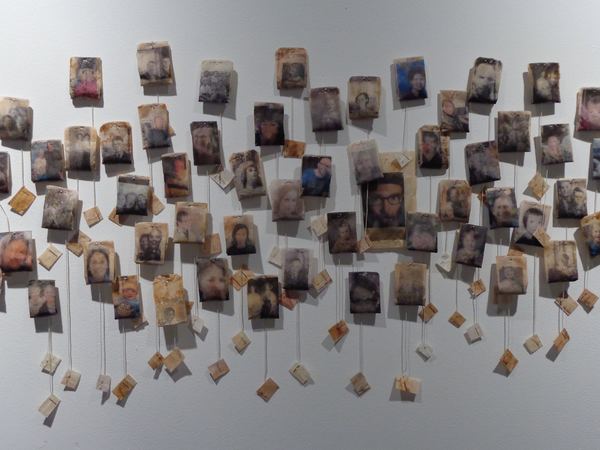 In “Six Degrees of Separation” I wanted to tap into the idea that the world is getting smaller and people are more closely related, or at least known to each other, than we realize. Using a tea bag as the material or canvas lends the work a personal touch, which was important aspect of the work. Tea itself has many connotations…social and cultural, ceremonial as well as intimate. The tea bags in this collection were all used for making a cup of tea. The tea was removed, the portraits were transferred to the paper, and then refilled with the tea. I started with portraits of family and people that I know. Then I reached out via the Internet, that technology that is contributing to making the world seem so small, to others for images to use. I do not personally know everyone in this collection. But we are connected because of someone else that we each know.
Six Degrees of Separation
Loading...